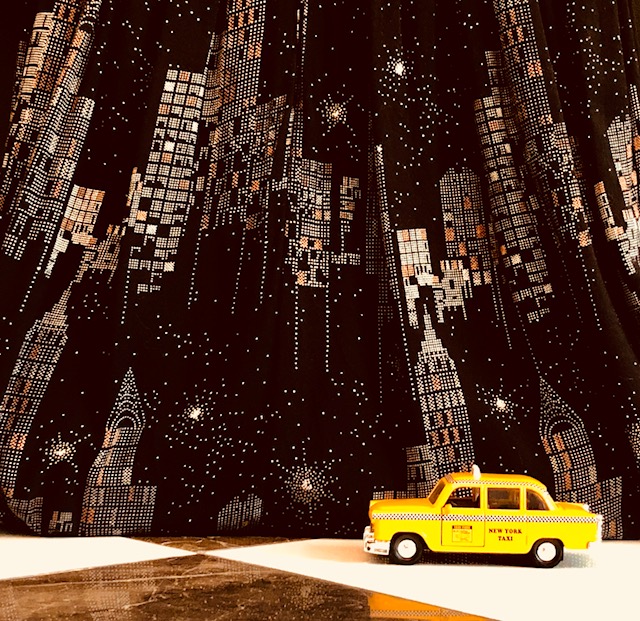 Nothing like a little travel to set your brain back a bit on functionality. Blog time has been lagging, but I’m raring to get back on track. That said, just wanted to check in…..

The husband and I just returned from NYC. It was for our anniversary……which was in October. We booked a trip for our actual anniversary, though, with the munchkins, it got a wee pushed back….like 8 months. None the less, we still made it, and it was — as expected, just perfect. In every way.

I’ve expressed my love for New York before. I always credit that town with teaching me so much about who I am, who I’m not and who I hope to be as a person.

It amuses me that I’ve matured in a way that now when I return for a visit with the hubs we only stay uptown. We go to shows and Central Park and some light shopping in stores that actually cater to people over 25! All things that seldom made it to my agenda as a resident.

Different from downtown, the new hood has proven such an intriguing way to fall in love with New York in a whole new light. All over again.

On Friday, I was held up crossing 5th Avenue when I heard a sweet little broken English request from a lady as she gently touched my shoulder “which way to Lexington?”.  My heart skipped a beat. She was asking Moi? Apparently you can still look local if you throw on a  simple resting bitch face ;)  I quickly took this opportunity to feel like a city slicker again and signaled toward Lexington “oh sure, this way, three blocks”….Man I was feeling that adrenaline rush. I was BACK. Then she followed up with “that tis closest train stop for Brooklyn?” …and my heart sank. Face dropped. Damn, lady. You got me there.  I had no idea. I would have sent her to the 34th Street thinking she would find something there, but I knew in my heart that wasn’t the best route. I waved the white flag and told her I wasn’t sure about that. I was just a tourist and she should ask one of the nice hotel bellman folks at the nearby hotel. The light changed, my head dipped and we went our separate ways.

Look- I love my life. I love where I live. I do. And as the saying goes, …”the only thing constant in life is change.” So, I’m cool with being a tourist now in NYC. I love that I still get excited to hail a taxi. Not an Uber. I love that I am still offended by some of the prices on merchandise (but try to act cool). I love that I insist on going most everywhere on foot (unless said taxi – or subway needed). I love that it frustrates me when I have to read a subway map when I used to know it so well. And I love that time still stands still for a moment when I see famous folk. (Eeeeeven from the Bravo Housewives franchise (Cue my husband saying “oh, you mean you just saw a regular person? Cool.”) It will always and forever be the most magical town to me. I don’t think even if I were to live there until I died I could ever get enough of it. Alas, I’m cool to wear my tourist hat and fanny sack for now….it still has that twinkle for me.

So in case you were worried about my little ego bruise when speaking to the sweet lady about the Brooklyn train, don’t be. I crossed the street and headed to meet my husband at the most marvelous newish lunch spot, Avra. Bright, airy, Mediterranean fare, refreshing rosee’ and beautiful peeps watching. We had a three hour lunch– because we could. So. Much. Fun. We shopped a little, walked in the park, went for a swim at our hotel, met friends at the beautiful Baccarat Hotel bar for sips and then a European-late dinner time at Omar at Vaucluse. (Cue the fun C- list celeb spotting and insanely divine cuisine.) We like to pack it in with as little adulting as possible.

The next day, up and at em’; Central Park, a little shopping, back to Central Park, and then I made hubs go with me to one of those cheapie, creepy Chinese massage parlors. (Insert awk joke here.) I love the no fuss and frills about those places and they aren’t afraid to hammer away on your poor muscles until it becomes a game of Mercy for the most part. So needed. I also love that in most upscale spas you will have the sound of gentle water trickling over river stones or Enya playing in the background. Not here. There is some faint woodwind melody maybe, but they have the windows open to the street noise and you can hear the mumblings between client and “therapist”, as they are only a curtain away. And yet, I find it all, especially the street noise, relaxing. Sirens, horns, engines. The city gal in me takes a nice, long exhale.

That night we headed to Hamilton. As I may have mentioned before, my shade under a decade of living in the City didn’t have me going to many a Broadway show. Too pricey and too many other youngster things to do. However, always a memorable experience when you did make your way. I gotta say—for this show, I wasn’t sure how the hype could really live up to performance. Well, friends, it did. Ten fold (never know what that expression refers to, but yes.) I was worried I wouldn’t be able to follow it, as I’m no history buff, and I’ve never been good at beat boxing or singing “the rap” music ;)  —I’ll just say – Blown. Away. And DAMN if someone couldn’t have given me the heads up that I would need a tissue for my tears. So moving. Highly recommend.

Thats it for now :) Thank you for stopping by!

Big squeeze to my main squeeze, RDK. You the man. Thank you for being by my side. xox