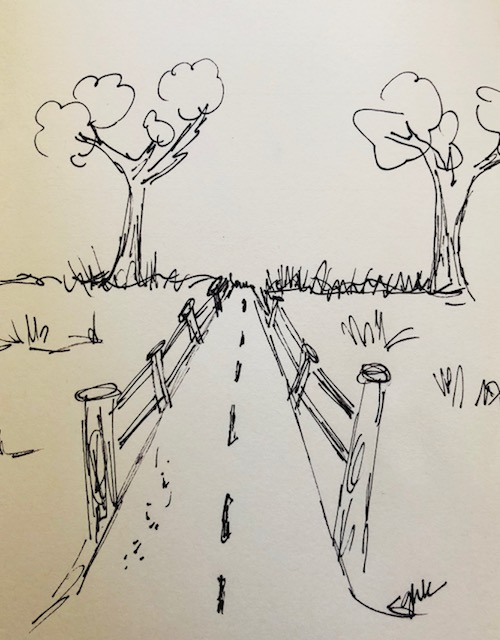 Remember that time when….? Cuz I don’t. Unless it happened 25 years or five minutes ago. My memory is a little blurry for “recent” events. If you are in the same boat, and you’re 20 or upwards, good news—- slight memory slips are pretty normal.

Unless your memory “loss” is significant and consistent, mostly it is referred to as forgetfulness or absentmindedness. But again, “memory loss” is a part of aging and “normal”.

The way your memory works is in three (general) steps….

Encoding- the brain takes in information.

Consolidation- the brain processes info and stores info in designated areas of the brain.

There are many attributing factors for lacking memory function. Certain mental states such as absentmindedness (it is a technical term), ADHD, depression, stress, infections, B-12 deficiency, etc. can all affect your memory power. So in short, if your body is distracted by current emotions or traumas, it cannot store and process new incoming information properly. Thus it is nearly impossible to retrieve a memory that isn’t stored, am I right?

I recently took interest in memory function as I’m a sufferer. I can tell you my childhood best friend’s (wall phone) number and each character’s first and last name on The Facts of Life (not to brag); however, I will seriously struggle when reporting on what I did over the weekend. It’s like kryptonite to my little bean of a brain attempting to recall a handful of days ago.

During some traumatic or stressful “sinkers” in the not so distant past, I remember actually physically feeling a mind disconnect. My little synapses were firing, but having serious failure to launch.  Picture a stationary bike in motion. Faces and names of people I would meet were not registering or storing—and that had been one of my, well,  “traits”. I was really forgetful. It’s just that our brains are just plain sensitive to our emotional states.

You know sometimes when you have something you are trying to recall – maybe a name of a place—and it’s on the “tip of your tongue” but you can’t grasp it? That’s called a blocking memory function. Your brain grabs something familiar, but not accurate. The first “grab” is too strong to get past to retrieve the correct information.  Your mind gets excited and can freeze up not allowing the brain to dig further. A useful trick for beating this is closing your eyes and moving your eyes as if you are looking side to side. It jogs the memory, aka “searches the files”- and more importantly I believe distracts/relaxes the mind so then you get past the blocking and open up the mind; thus accessing the other memory areas. Voilà! (I just did this like 6 minutes ago.)

As I’ve mentioned in the past, I do enjoy a good multi-task, though this is 101 on how to crush your memory function. (Whereas I would have thought being wired and efficient would keep your brain sharp—apparently not.)  Reports say it takes the brain 8 seconds to commit something to memory. If you are like me, parking your car, while on the phone, while heading into the grocery store— when exiting, you may ask yourself (ala Talking Heads), “wait where did I park the car again?” (And being married to someone in the auto biz, “and what car was I even in?”) The brain needs presence and process to stay sharp.  I know I need to be far more mindful and pump the brakes on a regular basis.

I have concerns too about memory function as it relates to attention span and our children’s use of devices these days. As we know, the brain is a muscle and can suffer atrophy just like any other muscle. Even for myself, when I’m peeping at an article, I skim the first few paragraphs unless I take the time to really commit—which those times are getting fewer and farther between.

It seems like mindfulness is the new answer for everything. I know it gets obnoxious to hear, but I guess you can’t argue it. Really all it is saying is just to slow down and take in what’s around you. Breath more often. It really does help. Everything. Do it at a stop light the next time you can.  Meditation (another form of being mindful) is a gift to concentration, which in turn greatly assists memory function. Maybe don’t do this at a stop light– but it is free, you need nothing but a little bit of time and the ability to concentrate on your breath. No brainer, if you can find the motivation.

Last week my Be-Fri (Thanks AEH!) told me about this chick on You Tube (Lucie Fink/Living with Lucie/Refinery 29) that tries something new for 5 days. Maybe it’s a skin care routine, dairy-free eating, living on a tight budget, being make-up free…She’s so cute and easy to watch. Well, Miss Fink, you have inspired me to go hard and do this too. I’m going to put that meditation into play. Everyday. For five days.  No exceptions. I will report back! Here’s hoping it sticks. Let me know if you want to jump in and do it with me. Always down for safety in numbers.

Besides meditation and mindfulness, there are other simple ways to boost that memory– and–for safe measure– fight dementia down the road, if necessary:

Regular SLEEP for one thing. Never underestimate that beauty sleep. Even if you don’t require much of it, go quality on this.

Vitamin D is very important for brain cell/nerve growth– for all ages, all the time.

Gut health— as we know, your gut is like your second mind. Gut hugely affects the mind, concentration and memory function. Probiotics and such are mega good for this.

Also, I’m sure you’ve seen the Lumosity commercials. For a while there I had the app for the brain games.  I quit partaking as I wanted less time on my “device”, but such a good brain work out….also this site, BrainHQ. My mom is a dedicated champion of the cryptoquotes and other newspaper games. I love anything with an “old timey” tangible newspaper. Speaking of newspapers, and going back to concentration—it’s important to read in length. Articles, books, (blogs!), etc….After having youngsters, I can barely find time and energy to dust off the book covers next to my bed, much less open one. For now, baby steps with long articles and meditation!

There are many suggested exercises out there for keeping that memory light shining bright. Keeping calm and mindful should just be a constant. Day to day life and stress can cause different reactions and pings to your memory. Especially recent ones. Though it can be frustrating,  just **REMEMBER**—you are not alone.