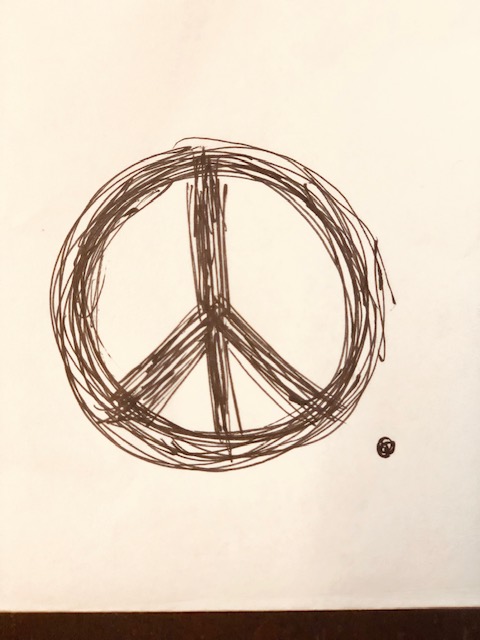 I’ve never been one to initiate a “who’d you vote for” conversation. This has nothing to do with “proper upbringing” or being polite or mannerful. It largely has to do with me never being confident enough in my own voting decision given the question predictably being turned around on me. I was raised “quite” republican, though throughout my “coming of age”, I’ve found that I question most everything, most every side, most all the time. Not in an intelligent way necessarily, more like in a confused, overwhelmed and scared kind of way. One of my identified and constantly rearing flaws is my gray-area-ness. If that’s not a real thing, it is now. I’m often on both sides of the fence. In most cases, not all at once, though there are the times when I keep one foot firmly slung over until game-time decision.

My gray-area-ness applies frequently in my little life’s thread, though most popular examples of this are as follows…. In my heart I feel like I lean toward a democratic way of thinking, yet I feel safe with the responsible, conservative nature of the Republican mindset. With religion, with all the, sorry, but sh*t, going on in the world, I like to think that practicing Karma alone makes the most sense. Be good, get good. But let’s be clear, very bad things happen to very good people. Thus, I find comfort in believing in the idea that somehow, somewhere there is a reason for some of this. Something bigger at play. For medical purposes, I’m willy-nilly-hippie-dippie Eastern minded, yet deeply rely on the trust that science (and Western medicine) is here to help us get the medicines we need when we need more than nuts and berries to fight the yuck.

Point? Maybe we need good balance before we can firmly plant that foot down. Stay open- and always have a level of respect for both sides.

A few days after the shootings in Pittsburgh took place, our synagogue announced to our congregation via email that they would be hosting an interfaith vigil to mourn the lives of those victims. I marked the time on my calendar, and planned to attend. The day of the vigil was a busy one, though I knew in my head I had to be there at 5:30pm. I handled errands, tasks, picked up kiddos and got them prepped for the evening before darting back out the door to the vigil. In my haste of the day (and week), I had not prepared for what I was approaching. As I pulled down the boulevard mindlessly preparing to park, I noticed—there wasn’t actually anywhere to park. The street, parking lot, even create-a-space opportunities were taken. Not an off shoot of pine-straw available to be parked upon. At first I was confused as to what brought on the “traffic” and then I immediately realized—WOW. This is for THIS. And, puddle face me, moved to the core, had a lip-quiver, tears-welled-up moment.

How cool was this? Here I thought this was something our synagogue was hosting for those that needed a place for understanding and I thought Iiiii was part of a nice moment to support a small but important effort. Not exactly. The synagogue had beautiful, life-size candles blazing by the front doors and the doors kept swinging. They had military forces and law enforcement present mixed in with a few respectful news correspondents that made it difficult to tell if they were there to work or pay respects. Ultimately both. Granted I am an emotional being, but it was beyond tough for me to maintain dry eyes as I walked in and literally scoured to find a seat in the place that is a bit sparse on most occasions/non-high holidays.

I don’t know if all synagogues are like this, but in ours we have “assigned” seats which at first I thought was kind of odd coming from a church-going background. (I used to joke with my husband that it was too good of a way for the Rabbi to know if you didn’t show up.) However, after years of attending and sitting in the same place, I have developed a sense of comfort. It’s nice and welcoming. So, by nature, I headed toward our seats that are again, usually quite spacious and open when we arrive. I had to quietly ask to scoot in and step over people (all while smiling through choked back sweet tears). People of all walks, color, backgrounds, dress, smiles, tears. This was the most moved I have felt in a very long time. And that place has never smelled so beautifully intoxicating with flowery, powdery perfumes. Not to mention the cool participation from the congregants that I’ve always loved in the southern Baptist style of interactive prayer. Praise! I was soaking it all in.

As I was letting the words of the guest speakers from the local Catholic, Baptist, Episcopal and Muslim institutions pour over me, I became distracted by an overwhelming feeling of guilt.  I felt so disappointed in myself for being so very surprised at this turn out. I think with the media coverage and points of view in the news I have been prone to taking in, I suppose I thought this synagogue is the LAST place some of these non-Jewish folks would find themselves on a Tuesday night. *Especially* days after a mass shooting in a similar environment. I thought if you were that religious in your own faith, you may not wish to support a religion differently thinking than yours—again, ESPECIALLY in person, on a weeknight, so soon after innocent lives were taken by doing this very thing. I was upset with myself, but eventually felt redeemed with all the love and amazement in the room that abated those feelings.

The most poignant and affecting message was delivered by our guest Rabbi and friend from a neighboring synagogue. There’s a song that asks “what the world needs now ….love, sweet love.” Well in this case, no. That would be great, but that feels like a stretch. Rabbi spoke, we need to realize that in this world we don’t have to love each other. We don’t even need to like each other. We need to respect one another. And in Hebrew that word is Kavod.

With the multiple shootings and devastating fires, it has been a horrifying, defeating few weeks. Whether you are religious or not, it is nice that when then the world is literally burning all around us, there is comfort in leaning on some form of organized processing—or religion. If yours is just being present and kind and mindful, do that. If it’s having even the smallest glimmer of hope that there is something more powerful than we are helping us navigate the difficult times, practice that. Whatever your form of comfort is, take advantage of it. While there is so much devastation in the world, there really is MUCH MORE good. There is beauty in almost every corner, every interaction, every song, every dance– every day. Keep your eyes peeled. Have hope. And always have Kavod.

Wishing you all peace and a meaningful Thanksgiving holiday.